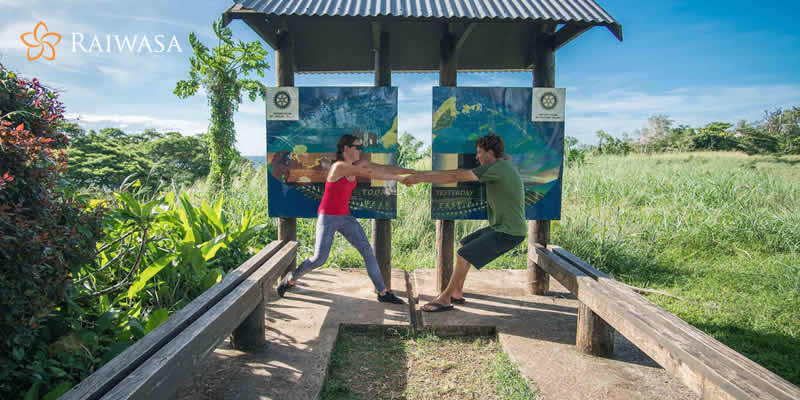 The Fijians belong to a mixed race with Indians also comprising this background. The cultural heritage that they belong to is very diverse and rich. Many of the Fijians survive in their rich cultural heritage and this is easily seen in their customs, marriage institution and other duties performed for their high ranking chiefs. These traditional art forms comprise making of masi or tapa made from the paper mulberry, mat weaving or wood carving and canoe making.

The Fijians take part in diverse traditions such as drinking Yangonna which is nothing but kaya made from piper methysticum and this ritual has both Indians and Fijians taking part in and it not only contributed to in festivals but also is a daily happening. The indians of Fiji heed and follow their own culture and that includes practising their traditional marriage ceremonies as is fire-walking and self-burning during Guru Purnima on full moon day in July or early August. Diwali, the Hindu festival of lights is celebrated every October as a Public Holiday.

Traditional Fijian Culture is on display with music, dance and gaiety popular with tourists and handicrafts and model villages are also liked by tourists. A traditional song and dance routine called the Meke is rooted in storytelling traditions. In its purest form, the Meke takes on the ritual with chanting of Shamans with bodies taking on spirits of netherworld with rhythmic clapping and beating of slit drums. The Meke is a traditional performance of the highest order at the Arts Village, a model community center near Deuba. Cinemas exhibiting imported Indian films are popular, The Fiji Museum present in the Thurston Botanical Garden, Suva has number of artifacts and war canoes on display.

Sports that local people indulge in are different form the ones displayed to tourists The sports displayed to tourists include Snorkeling, Scuba Diving, wind-surfing and rafting. Among the genuine sports form habitually played by locals include womens canoe races on Rotuma Island, Wrestling and disk pitching which is a Polynesin-Melanesian game of shuffleboard. The bilibili is a make-shift wooden raft used to travel over the low-grade white water rivers. Outrigger Canoeing holds an important place in fijian culture. Rugby is very popular among Fijians and the country has supplied many players to different leagues. The national team has come up with good performances in competitions. Other important competitions include soccer, lawn bowls, cricket and basketball. The FIJI Buka marathon is held in May or June each year and Fiji has participated in the summer olympic games since 1956.

Commercial Interest took an interesting turn in the islands with discovery of sandalwood in early 19th century leading to a rush to Bua Bay in typical fashion at the southwestern tip off Vanua Levu. A few beachcombers were adopted as interpreters and armorers by influential chiefs as the days progressed, Due to discovery of sandalwood, the local Fijians could find occupation in gathering, cleaning and drying and provision of food and firewood.